Dairy always sparks a lot of controversy. Some say that it is a healthy part of a diet while others insist on no dairy at all.

I am a firm believer in NO dairy…now this is coming from someone who ate cheese at 3 meals/day and ate dairy in a variety of forms for about 44 years of her life. This is also the same someone that for 40 years of her life was plagued with severe allergies and had to get allergy shots for about 20 of those years and took allergy meds for just about all of the 40 years. Yes, that someone is me.

Well, when I gave up dairy my life changed. Those allergies that caused great suffering…they are pretty much GONE. Now I won’t lie and say that I never get a little allergy attack, because I do; BUT they are quite rare and very short-lived. Completely different than the allergy attacks that would sabotage my life for multiple days at a time and several times/month. If only I had known the effects of dairy back then…Although I am sure the makers of Kleenex, Claritin & Benadryl would thank me for my years of ignorance.

Dairy products are a staple of many diets, but conflicting health claims have left us confused about how beneficial they really are. The media did an excellent job promoting milk as a healthy part of a diet (Got Milk?) This discussion will present risks and concerns associated with dairy consumption. I like to think of it as “Got Facts?…

Risk #1: DIGESTIVE DISTRESS — Many milk drinkers are unaware that their habit may be causing them digestive issues, as lactose intolerance often goes undiagnosed.

Risk #2: CANCER CONCERN — The body’s inability to breakdown excessive amounts of certain milk sugars may contribute to certain types of cancer. As a result, the extra sugar can build in the blood stream and in particular, women’s ovaries. Breast and prostate cancers have also been linked to excessive dairy consumption.

Risk #3: CONTAMINATION — Synthetic hormones, such as recombinant bovine growth hormone (referred to as rBGH), are often given to cows to increase dairy production; and these hormones often make their way into our milk supply. The same goes for antibiotics that are administered to animals that develop infections as a result of milk production manipulation.

Risk #4: RESPIRATORY RISK — Cow’s milk is known as one of the most mucus-forming foods available due to the consistency of casein, the main protein found in milk. Excessive dairy consumption can clog and irritate the entire respiratory system causing hay fever, asthma, bronchitis, sinusitis, and ear infections.

Finally, two other concerns should be considered about dairy consumption:

First, the concern of ANIMAL TREATMENT. Large industrial milk factories often subject their cows to filthy living conditions. Some question the ethics of impregnating a cow for milk production and taking away her calf shortly after birth (often for slaughter to sell veal) in order to maximize economic profits.

Second, some suggest that drinking the milk of another species is an unnatural practice. Humans, like other mammals, produce milk for a specific purpose – to feed their own offspring until they are ready for solid food. Milk from a cow is designed to make a newborn calf grow rapidly in only a few weeks, causing many to believe that it’s not ideal food for humans.

Dairy – get the facts and make the decision that is right for you! 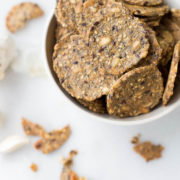 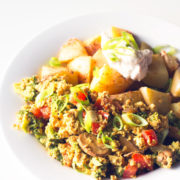 Try something new for breakfast! 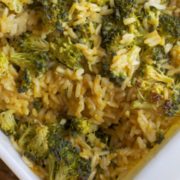 Are You Addicted To Cheese? 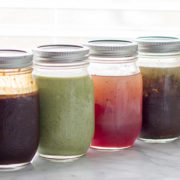 Please, Not Another Excuse.

Is Chocolate Good For You?